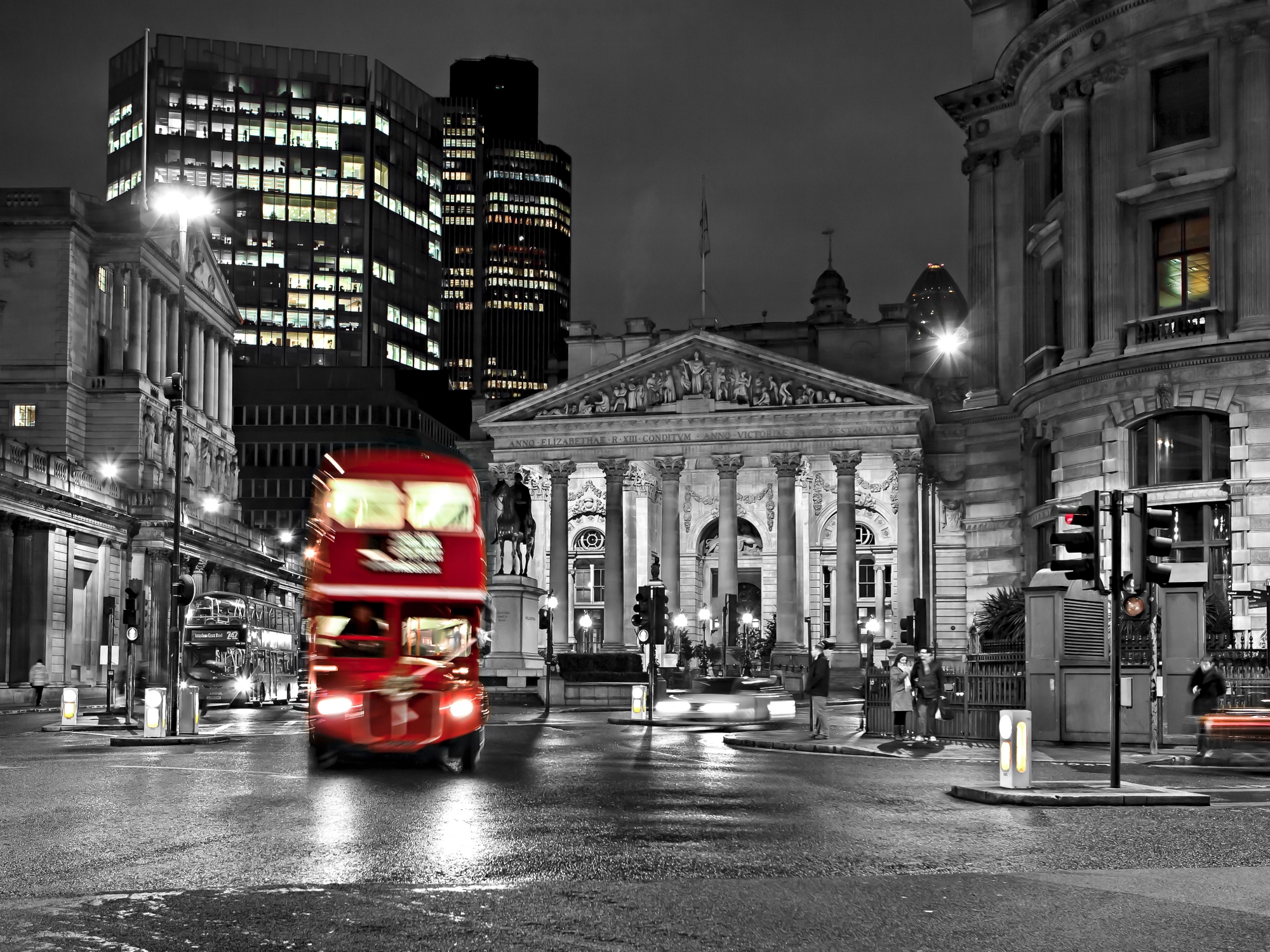 Early this year, the Bank of England (BoE) was reported to have instructed banks to prepare for negative interest rates within six months.  The BoE purportedly did so as part of its plans for a monetary stimulus to resuscitate the UK economy ravaged by the Covid-19 pandemic.  Economists have since been divided on whether driving the BoE’s base rate from the already ultra-low 0.1% to below zero would be an effective course of action.  Proponents argue that the economy needs a monetary vaccine to prevent what is widely viewed as a temporary public-healthcare crisis from mutating into a long-term recession.  Opponents point to Japan’s central bank, whose benchmark rate of -0.1% since 2016 has failed to push the country’s GDP growth above its anaemic 0.5-0.7% range on a sustained basis.  This ultimately presents us with the question: is a negative BoE base rate likely to be a net positive or negative for the UK economy as it grinds its way out of the pandemic?

In order to assess this question, we will apply the Gross Domestic Product (GDP) framework as shown in Figure 1.  Specifically, we will disaggregate GDP into its main components and assess a likely impact of negative rates on each component, such as consumption or net export.  Additionally, we will seek to assess potential risks posed by negative rates, such as a liquidity trap.  Lastly, with all of the above factors thoroughly considered, we will synthesize our overall perspective on the main question presented above.

Let us define upfront the basis for negative interest rates.  It refers to the Bank Rate set by the BoE that, in its own description, “…determines the interest rate we pay to commercial banks that hold money with us.  It influences the rates those banks charge people to borrow money or pay on their savings.”  Also known as the base or benchmark rate, it can have a significant impact on GDP components, as we will explore next, starting with household consumption.

We can expect that a negative base rate will have an expansionary effect on household consumption for two reasons.  First, as the rate turns negative, commercial banks will be charged for holding capital with the BoE.  This will incentivise them to lend more to consumers and do so at a lower lending rate.  In turn, cheaper loans will likely stimulate household spending, especially on big-ticket credit-financed items, such as cars and large appliances.  Second, lower interest rates typically disincentivise savings.  In fact, as shown in Figure 2, that is what seemingly took place in the UK during the five-year period prior to the pandemic amid persistently low interest rates.  In this light, faced with ultra-low to negative interest rates, UK households will likely opt to spend their disposable incomes, except in a so-called ‘liquidity trap’ scenario that we will discuss later in this article.  The combination of the above two factors will likely stimulate household consumption, driving GDP higher.

Business Investment (I) is expected to accelerate

We can posit that a negative base rate will benefit business investment based on logic similar to that outlined for household consumption.  Commercial banks will seek to lend to enterprises, at a lower interest rate thanks to the reduced BoE rate, rather than be charged for parking funds with the central bank.  In turn, lower interest rates are likely to boost expected pay-offs on capital projects for UK firms, making decision-makers more optimistic and thereby compelling them to invest.  That is what appears to have taken place prior to the pandemic from 2015 to 2019 when business investment grew steadily as shown in Figure 3, amidst low interest rates.  In a similar fashion, investments across UK enterprises will likely accelerate under negative rates, propelling GDP higher.

We can reasonably expect that a negative benchmark rate will lead to higher government spending for the following three reasons.  First, lower interest rates will make it cheaper for the HM Treasury to borrow in order to finance government expenditures, especially given the need to nurture the pandemic-weakened economy.  In fact, the Chancellor has done exactly that over the past year, borrowing profusely and taking national debt to nearly 100% of GDP as illustrated in Figure 4.  Second and as established earlier, lower interest rates will likely lead to higher consumer spending.  That, in turn, should boost the VAT revenue, which is the second largest source of tax receipts for the government at about one-sixth of its aggregate tax intake, providing the Cabinet with urgently needed extra cash for stimulus to the battered UK economy.  Finally and as we postulated earlier, cheaper financing will likely lead to higher business investment, eventually enhancing corporate profits and creating more jobs.  These, in turn, will lead to higher receipts of both corporate and personal income taxes.  As a combined result of the above three factors, and barring potential capital flight from low-yielding UK sovereign debt discussed later in this note, government spending will likely increase and send GDP higher.

We can be optimistic that negative rates will stimulate net exports for two main reasons.  First, a lower yield on UK sovereign debt over alternatives will likely dampen the appetite for it among global credit investors.  Hot money will leave the UK in its constant pursuit of higher yield, thus reducing demand for the pound sterling, which will see its exchange rate weaken.  In turn, that will make British products and services cheaper for foreign buyers, driving exports higher.  As illustrated in Figure 5, that was one of the effects of the Brexit referendum in 2016.  The outcome of the poll plunged the pound exchange rate to multi-year lows of close to 1.20 vs. the US dollar, which, in turn, led to a boom in UK exports.  Second, a weakened pound will also mean dearer imports for both British consumers and businesses, suppressing demand for foreign goods and services.  A combination of the above two factors will likely increase net exports, driving GDP higher.

Risks will require coordination between the BoE and HM Treasury

Now that we have assessed a likely positive impact of negative rates on GDP, it would also be prudent to highlight the key risks associated with the policy.  Such risks are five-fold, as elaborated next.  One is a so-called liquidity trap, which refers to a situation when, despite negative or low interest rates, households remain cautious about their economic prospects.  As a result, they are likely to continue hoarding cash rather than spend it.  This could lead to stubbornly weak UK economic activity, as household spending is the largest GDP component at over 60%.  Two is capital flight, especially of the highly mobile hot money, from UK government debt due to its low yield relative to what global investors can earn elsewhere.  This could constrain the government’s ability to stimulate the economy, as borrowing finances about 7% of total UK public spending.  Three is weakened profitability of commercial banks due to the lower interest earned on their loans, combined with the new interest charge from the BoE for holding their capital.  This could stifle both the banks’ ability and motivation to lend, as the expected returns may neither cover the cost of loans nor properly reflect their risk profile.  Four is a stock market bubble that could develop if investors flee en masse from low-yielding debt toward publicly traded equities offering higher returns in terms of both dividend payments and capital appreciation.  This is a distinct possibility, given the recent run-up in both the UK and overseas equity markets, fuelled by strong investor expectations of a post-pandemic economic boom. Last is the risk of a jump in inflation resulting from the substantial monetary and fiscal stimuli deployed to kick-start the UK economy following the pandemic.  In fact, the underlying inflationary expectations are already rising among institutional investors and policy makers after a long period of relatively stable prices, prompting early yet increasingly vocal calls for vigilance in watching and addressing inflation pressures.

Mitigating the five key risks discussed above will require close coordination between the BoE and HM Treasury, which respectively lead monetary and fiscal policies in the UK.  The prospect of such a pragmatic partnership is good, given that both the Governor of the BoE and the Chancellor of the Exchequer were appointed by the same Conservative administration.

Our analysis suggests that negative interest rates are likely to have a positive impact on each GDP element and the economy overall.  That is good news for the UK, which is trying to grind its way out of the Covid-19 pandemic and chart its course as a sovereign nation post-Brexit.  As the BoE plans its strategy over the coming months, it should coordinate its steps closely with the HM Treasury.  While deployment of negative interest rates can be a potent instrument to stimulate the economy, ideally it should form part of a broader arsenal of monetary and fiscal levers working in tandem.  That will not only drive stimulus synergies, but also help mitigate the key risks around negative rates that we have identified.

Marco is a keen economist, with a particular interest in macroeconomics and the effects of fiscal and monetary policies on economic output. Beyond this, he has a passion for finance and global affairs, contributing in these fields through his roles in the Eton College Investment Club and Model United Nations. View all posts by Marco Bulat

3 thoughts on “Assessing the Virtues of Negative Interest Rates”