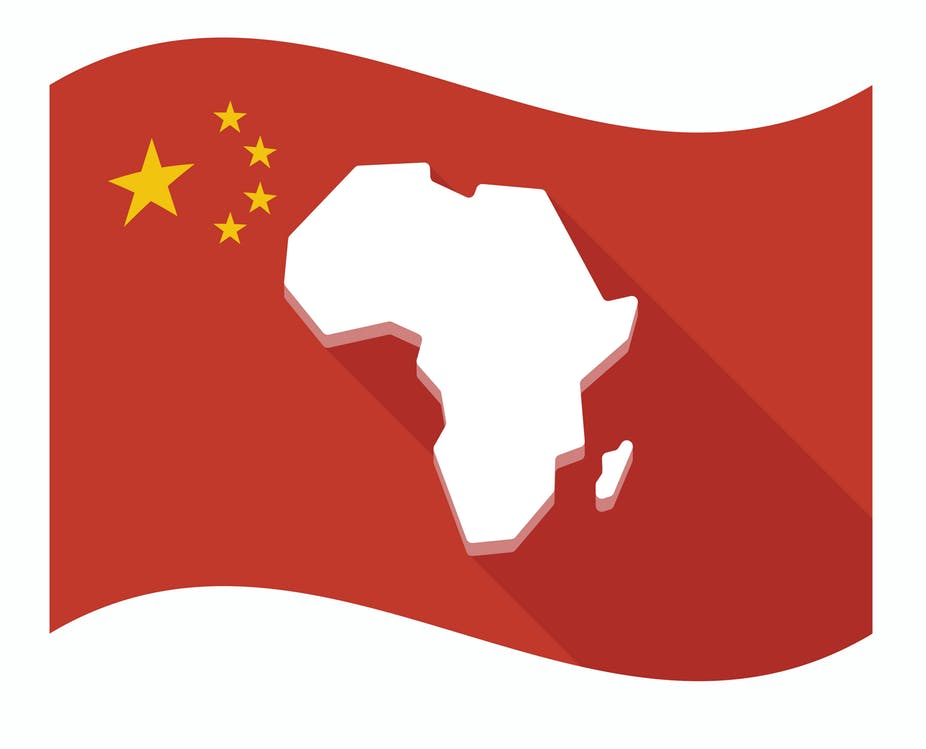 At the turn of the century, China started to boost its outward direct investment (ODI). This change in policy constituted one of the most dramatic shifts in economic history; China shot up in the global ODI rankings, moving from 23rd to 2nd in a matter of 15 years. In particular, China has boosted its investment into Africa and in 2009, it overtook the US as the continent’s largest trade partner. China needs vast amounts of resources to fuel its rapidly growing economy and expanding middle class, so it offers investment in return for advantageous trade deals. Although initially focused on oil and mining sectors, Chinese firms have now diversified their business interests, investing in infrastructure, manufacturing, telecommunications, and agriculture. Most African nations regard this diversification as necessary to drive economic growth. However, Western critics have called into question the ethics of Chinese involvement, citing reports of exploitation and bad governance. It’s clear that China’s focus on Africa has magnified in recent decades, but does Chinese involvement actually have a positive impact on the continent?

Their focus has partly been motivated by Xi Jinping’s prized Belt and Road Initiative (BRI), an ambitious plan to connect Asia with Africa and Europe via a complicated network of new infrastructure. China is predicted to spend $900 billion establishing this ‘modern Silk Road’, and claims that it will open the way for a new era of globalization. This project will undoubtedly have benefits for African economies. Chinese loans and investment have already raised productivity levels due to improved capital stock and technology transfer. African nations have also been connected to new markets via improved digital networks, boosting demand-side growth. These factors have aided Africa’s economic development and diversification.

However, Chinese involvement could also cause some issues. Critics of the BRI have claimed that China has intentionally extended excessive credit to African nations. When these indebted nations fail to service their loans, China could potentially pressure them to support its geostrategic interests. This ‘debt-trap diplomacy’ has recently been challenged, and in March 2018, former US Secretary State Rex Tillerson warned of China’s “corrupt deals [which] mire nations in debt and undercut their sovereignty”. Such a claim may not be too far from the truth. The IMF recently warned that Africa is heading towards a debt crisis, and the World Bank classifies 18 African economies as at high risk of debt distress. China is owed around 20% of this debt, making it the largest single creditor nation. If countries do default, China would have more economic and political influence over them. For many Western governments, this prospect is increasingly worrying.

China’s efforts to boost globalization may also harm Africa’s least developed economies. For these nations, an increase in exports may actually lead to a drop in prosperity. An increase in exports causes a greater supply of a certain good to the global market. Ceteris paribus, this lowers global prices for that good. If this fall in prices is large enough, export earnings actually decrease, despite the greater quantities produced. The decrease in export earnings causes national output and standards of living to fall. However, this phenomenon, known as ‘immiserizing’ growth, could only apply to economies dependent on a small range of primary products, such as certain countries in sub-Saharan Africa.

Another criticism to consider is the allegation of exploitation and bad governance. Chinese firms seem to have little respect for local business practices, and often ignore safety and environmental standards. African governments struggle to prevent these infringements due to inadequate enforcement and far-reaching corruption. Therefore, Chinese firms often exploit African workers and damage local ecosystems. Originally, the Chinese government had some success in controlling its firms to ensure a mutually beneficial relationship. However, as Chinese influence extends, the government seems to have less and less control and exploitation has worsened. This has provoked some anger among locals. For instance, in 2011, Michael Sata ran a successful election campaign based on anti-Chinese rhetoric after Chinese managers killed 11 protesters at a Zambian mine. Despite this, Africans generally accept Chinese involvement as beneficial. The pan-African research network Afrobarometer found in a 2016 poll that 63% of Africans view China’s influence in their country as “somewhat” or “very” positive.

Even so, Western nations have accused China of expanding its influence in Africa for selfish political reasons. They argue that Chinese investment is simply a bribe for political support. However, this accusation seems unlikely. A 2017 report by McKinsey & Company found that 90% of Chinese firms in Africa are privately owned. The report indicates that Chinese involvement is far more market-driven than most people suggest. Allegations of political motivations have also been firmly denied by Xi Jinping. In 2018, after doubling financial pledges to the continent, he said that Sino-African investment had “no political strings attached”. He does have some ground to stand on. Chinese involvement formally follows a policy of ‘non-interference’ – it does not set any explicit political conditions for its trade deals. However, they have not always abided by this rule. In Zimbabwe, China was implicated in the election of President Emmerson Mnangagwa in 2017, and has strong ties to his political party ZANU-PF. Furthermore, nations which receive Chinese economic assistance are more likely to align their UN voting stance with Beijing (Aid Data, 2015). However, it is probable that China’s political interference has been overemphasized by Western media as concrete evidence is scarce.

Despite some of the doubts cast in this article, Chinese investment in Africa is still beneficial for the recipient nations. Domestic savings in Africa are too low to finance the construction of production facilities and infrastructure. Therefore, Africa needs FDI and foreign loans to drive its economic development. China is willing to provide this funding without any obvious strings attached. Despite demonization from Western nations, China’s involvement has certainly had a positive impact on African nations.

Joseph is particularly interested in the relationship between finance and economics, but also enjoys learning about behavioural and development theory. He is on the committee of Keynes Society and a member of the Investment Club. He also enjoys Spanish and is a keen rugby player. View all posts by Joseph Menell