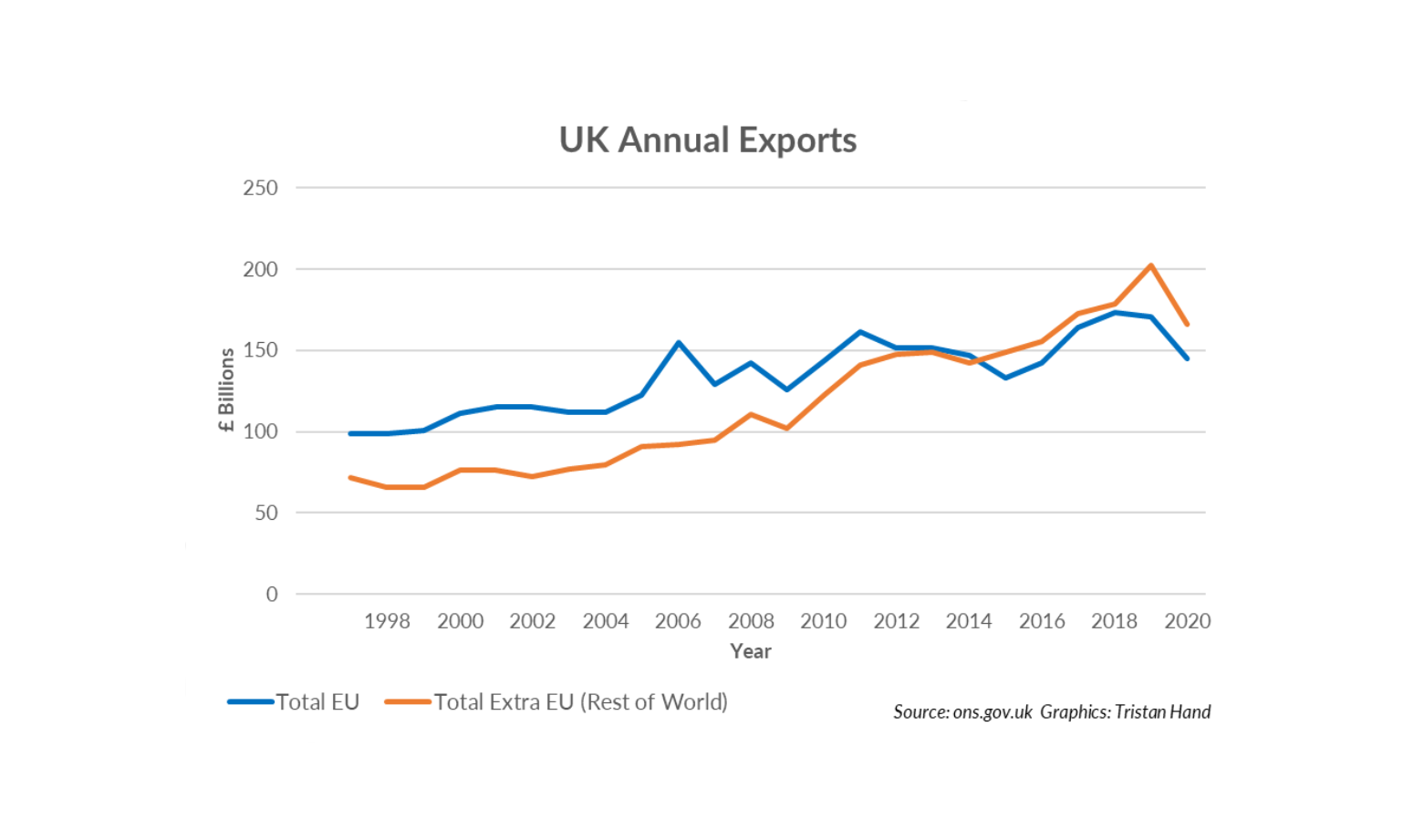 This month’s Chart of the Month tracks the value of UK exports over time to both EU countries and non-EU countries.

The most significant trend is that an increasing percentage of our exports are headed to markets other than the EU. Between 2010 and 2015, European demand for British exports remained low due to a slow recovery from the financial crisis and a weak euro following the Greek and Spanish bailouts. British companies started to look wider afield; the political promise of a “golden era” of relations with China encouraged trade patterns to shift to other global markets.

The pickup in all exports since 2016 can be traced to the devaluation of sterling, following the EU referendum. This is because a weaker pound meant that it was relatively cheaper for other countries to buy British goods, since their currency could be exchanged for more pounds. They could therefore afford to buy more goods and services, and UK export figures rose.

However, the remarkable dip in exports for 2020 shows the seismic effects of the pandemic on booming global trade. As countries across the world locked down and economies floundered, demand for the UK’s exports similarly fell. Whilst this was clearly the greatest shock to exports in modern times, its severity was limited by COVID’s relatively mild impact on the financial services sector (the UK’s most significant export).

After the implementation of the post-Brexit trade deal this January, exports to the EU collapsed by another 40%.

We leave you with today’s Question of the Month:

“How might our future exports to the EU be affected by the pandemic and Brexit, and where might other potential markets be?”