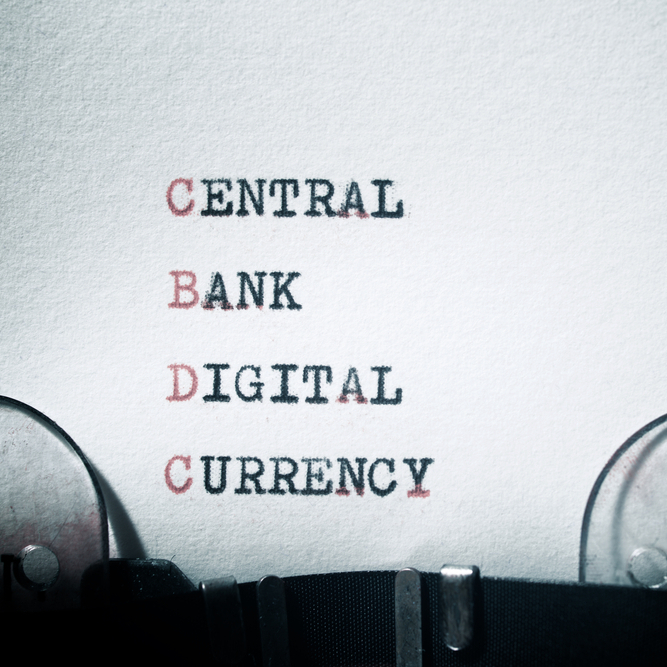 While the physical world has been frozen in lockdowns, the digital world has been accelerated into our living rooms. Even in a tide of new financial assets, cryptocurrencies have become the most speculative. In the first four months of 2021 alone, Bitcoin has doubled in price, continuing to hear the praises of its early devotees and adding hedge fund titans like Paul Tudor Jones to its following. Now, central banks have started to create their own versions of digital currency. The Chinese government has been trialling its Digital Currency Electronic Payment system for the past year, while Cambodia released the Bakong. This raises the question of whether these attempts will turn out to be fads like their overhyped private counterparts or spur revolutionary change.

In order to assess the impacts of these currencies, we must first define what they are. The Central Bank Digital Currencies (CBDCs) of the future are likely to consist of three main characteristics. First, they will be issued and regulated by central banks, giving them the legitimacy and stability required to act as money. Second, they will have a purely digital presence, most likely using blockchain technology, though non-blockchain variants may exist. Third, they will be widely used in conjunction with other forms of payments systems such as cash.

The primary effect of a CBDC will be to increase access to and ease of spending. Currently, it is difficult for consumers to use cryptocurrencies in transactions due to their volatility. Simply put, Bitcoin and alternatives do not serve as a store of money because their value fluctuates too rapidly. Although some entities such as Tesla and the Venezuelan government have large Bitcoin reserves, the currency will not likely see everyday usage. Moreover, the rapidly increasing valuation for existing cryptocurrencies is exacerbated by the fact that there is a strict and nearing cap of coins that will be digitally minted, limiting total supply and driving up prices. CBDCs would solve these issues by being pegged to traditional currencies and releasing a consistent supply. Since all that is required to receive the digital currency is access to a mobile phone and the internet, CBDCs may offer wider payments options for those who cannot access traditional financial infrastructures such as bank accounts or credit cards. Their digital nature and programmability lend themselves to more innovation and the possibility of wider use in conjunction with digital wallets or software programs. This technology would also reduce transaction fees because consumers would be exchanging money directly through the central bank rather than through private services, leading to faster and larger transactions, which could boost output. However, these benefits are non-exclusive to CBDCs – over time, traditional cryptocurrencies might stabilise enough to be used as a method of transaction, and the rise of challenger banks such as Revolut is widening consumer access to financial services. Moreover, considering that current payments systems like Visa are hundreds of times faster than their blockchain equivalents, the cost of the technological infrastructure required to host the system is likely to outweigh the transactional benefits gained.

Moreover, digital currencies may offer opportunities to innovate and expand the monetary system. Central banks specifically would benefit from the direct nature of CBDCs, which would give them the potential to expand their monetary policy. Digital currencies would give central banks significantly greater control over the money supply as they can directly inject or withdraw specific quantities of money at any given time. CBDCs could increase the efficacy of modern monetary mechanisms such as quantitative easing by implementing ‘helicopter money’ policies. These would directly place the digital currency in consumers’ wallets, removing the dependence on traditional banks as intermediaries. Quantitative easing mechanisms would also be more direct and their benefits more transparent as a risk factor of banks holding onto cash – a liquidity trap – would be mitigated. Central banks could also potentially implement negative interest rates by preventing the avoidance of negative interest rates through wealth accrual in cash. This benefit is dependent on the phasing out of cash, which is unrealistic because it would have negative effects on access. While some claim that CBDCs would lead to a run on central banks, the Bank of England has shown that this can be prevented through policy decisions, making this an unrealistic argument.

Last, CBDCs create a trade-off between privacy and protection against laundering and illegal activities financed by cash. Notably, some economists claim that phasing out cash in favour of CBDCs poses some benefits. On the one hand, increased state oversight of transactions would drastically reduce the harms of the black market and other illicit activities that use large quantities of cash to obscure their dealings through money laundering schemes. On the other hand, states will be able to track individual data and transactions more thoroughly, posing dangers for privacy. Therefore, this concept comes down to a weigh-off of likelihood and uniqueness. States with pernicious incentives are significantly more likely to exploit the data to the detriment of their citizens. While they may be able to abuse their power in other ways, the unique ability to control financial information on a microtransaction level is a greater marginal harm to society than the non-unique access to greater macroeconomic information. Moreover, even if cash is phased out at the cost of those without access to financial services, the black market can turn to alternative sources of funding, such as cryptocurrencies that stay in circulation. Last, governments can reduce the potency of cash in illegal markets by reducing denominations. It is more difficult to conceal and launder fifty thousand £10 notes than ten thousand £50 notes, so the law enforcement benefits of removing cash are not marginally significant. Therefore, although the anonymity of cash can pose a threat, its complete eradication poses far greater harm.

While the benefits that digital currencies provide in easing access to financial systems are somewhat unique, the risks they pose and the obstacles they face far outweigh them. Although undoubtedly more stable and perhaps more sensible than Bitcoin, CBDCs will unfortunately not be the groundbreaking advance that central banks are hoping for.

John is interested in behavioural economics, psychology, and the development of emerging market economies. His extracurricular pursuits range from entrepreneurship and debating to playing in orchestras and writing for school publications. He plans to read economics at university. View all posts by John Chang