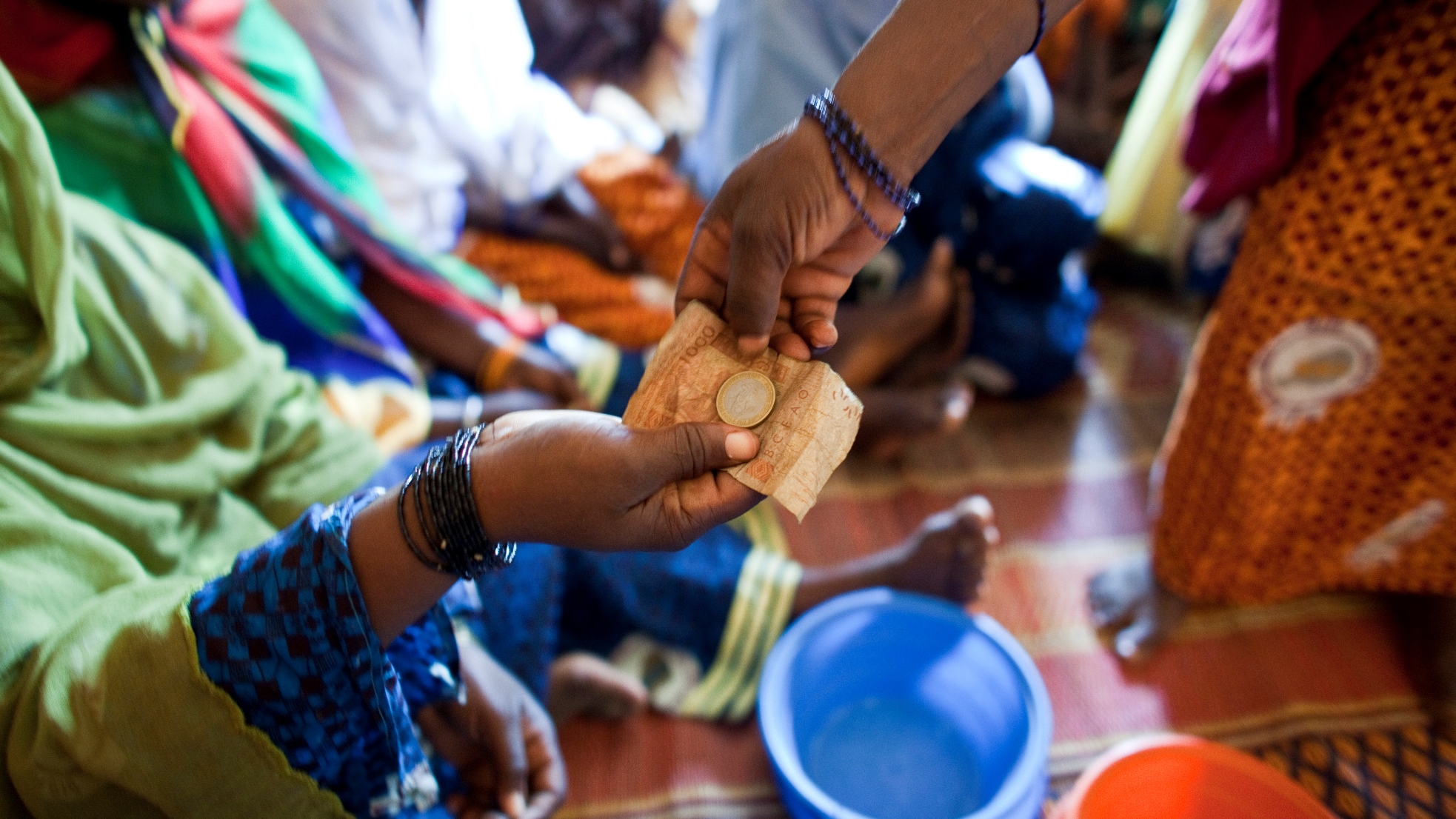 Microfinance is commonly regarded as the promise of innovative, cost-effective paths to poverty reduction and social change.  However, we are not living in a perfectly competitive credit market, so downsides such as moral hazard and asymmetric information that tend to create inefficiency make the program less effective, or even counterproductive in certain cases. So why don’t we ask people to help others and do the right thing? We can’t. After all, it is inevitable that self-interest is the motive behind all actors, lenders and borrowers alike, and we can practically ask, but cannot force any of these actors to act contrary to their self-interest by sacrificing themselves.  Hence, the only plausible long-term solution is to give incentives to all parties by offering a win-win solution instead of a zero-sum game.

The suggested solution entails introducing a third-party escrow organization that will maintain a less corrupted and more transparent system between MFIs (lenders) and small businesses (borrowers) as a conduit between the two as shown above.  The top transaction represents the most traditional transaction where a lender charges the maximum, or at least above the break-even rate considering that it is a high-risk activity.  For instance, in the absence of benevolence or a will to make a sacrifice, no profit-motivated business has an incentive to charge an interest rate lower than their opportunity cost, which is the rate they could have earned in high-risk activities, such as investing in junk bonds, penny stocks or private loans elsewhere that offer a collateral.  As a result, lenders must charge a very high interest to compensate for the risk, and borrowers must pay a very high interest because of a low credit rating and an inability to offer a solid collateral.

The bottom transaction represents the suggested solution.  First, let us focus on the transaction between investors (lenders) and the escrow group.  In this transaction, U.S. investors (lenders) would be willing to offer microfinance loans at around 1% per year.  Why would investors who were not willing to allow loans at any rate lower than 10% all of a sudden offer loans at 1%, which is 1/10th of the first example?  That is because of the reduced risk.  In the first example, 10% was required because loans they offered were believed to be high-risk loans because of a high default rate.  However, in the second transaction, the escrow group will guarantee, with a collateral and a liability insurance, that the loans will be repaid, similar to the Federal Deposit Insurance Corporation (FDIC) program.  By doing so, because the loan repayment rate becomes 100%, the loans offered becomes risk-free loans.  As such, these loans’ opportunity costs should now be compared with risk-free investments such as U.S. Treasury bonds, savings accounts, money markets and short-term Certificate of Deposit issued by the FDIC.  Therefore, it is fair to expect that investors would be willing to take any rate higher than other risk-free investments, which is merely around 1%.

Second, let us examine the transaction between small businesses (borrowers) and the escrow group.  For small businesses that desperately need microfinance, most traditional banks are unwilling to offer loans because of the risks present.  Therefore, these small businesses typically have no other option, but to accept unfavourable terms and conditions offered by private lenders or other secondary market lenders.  Therefore, it is reasonable to conclude that they will be happy to take any loans offered at a rate lower than private lenders or other secondary market lenders.

It is noted that the formula above is rather generously simplified and depending on actual market conditions, the formula and assumptions need to be adjusted.  The suggested solution does not offer the solution that is intended to save the world.  However, this paper does offer a solution that presents a thought outside the box, and invites readers to conform to, instead of ignoring the basic economic principle:  Everyone is selfish and works in her best interest, so the best solution is to offer a win-win solution instead of trying to find a way to defeat your counterpart in a zero-sum game.

In summary, microfinance is an important social innovation and the introduction of the escrow group could offer a win-win solution for all that would attract all parties to safely engage in transactions.  Although this idea may also be subject to criticism and it is certainly nowhere near perfect, we need to recognize the fact that microfinance is still at its infant stage and we need to try several variations without bias to determine which methods offer the best solution instead of resorting to the status quo.

Microfinance needs time to innovate and in order to be mainstreamed in the business industry not as a charity or a marketing scheme, but as a genuine profit-making business, and the best approach to reach the end goal is to provide economic incentives to all concerned parties.  While the proposed solution may not be the perfect solution, I am cautiously optimistic that it will at a minimum move the microfinance industry a step closer to becoming an attractive business model, which would be very desirable for the society as a whole, as microfinance is expected to generate positive externalities as an unintended, but socially beneficial result.

If you have enjoyed reading this article, I would recommend also taking a look at Ed Penney’s essay examining the effectiveness of microfinance as a mechanism for economic development.

Ed has also published a review of Poor Economics – a book challenging the current established beliefs about how the western society should help developing countries alleviate poverty. The authors pay significant attention to microfinance.

Chris specialises in the interconnection between sustainable development and economics. He is also involved in the Farrer Theatre and the boy-led charity Eton Action. View all posts by Chris Lee